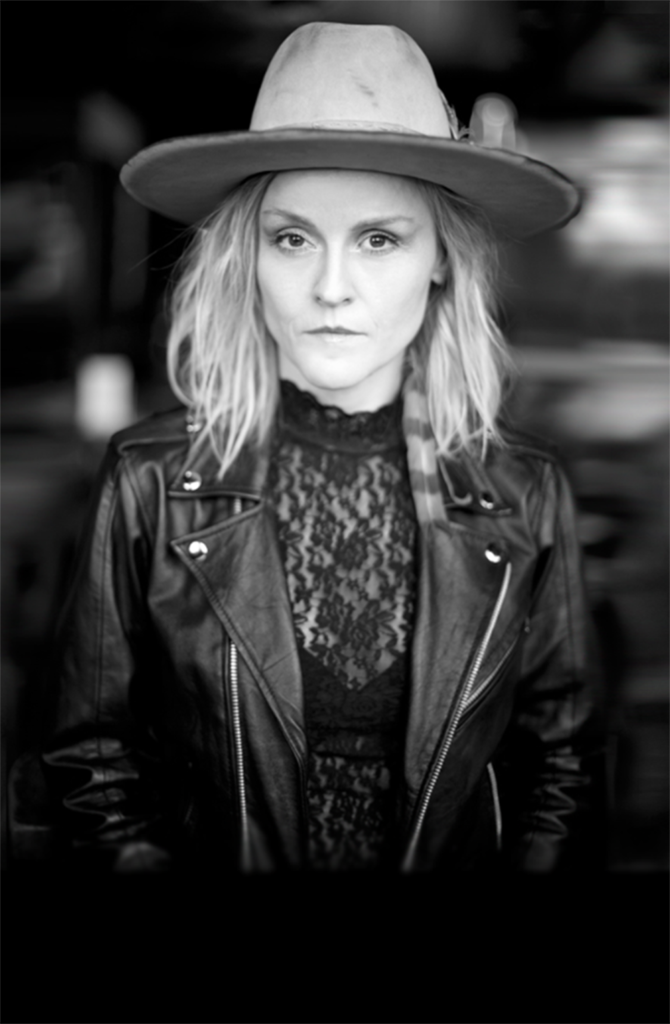 One day, not so very long ago, a voice that would quake the souls of all those who heard it came into this world. Sparked by a character in a spaghetti western film, her parents gave her the name “Shiloh.” Fittingly, “Shiloh” also means “peace”and the city in which she was born (Wetaskiwin) takes its name from the Cree word wītaskīwin-ispatinaw (ᐑᑕᐢᑮᐏᐣ ᐃᐢᐸᑎᓇᐤ) – “the hills where peace was made.” The youngest of six children, she grew up tough on a ranch in South Central Alberta before the family moved to the Robson Valley in British Columbia. Much of the imagery of her upbringing and of her now departed cowboy father are woven into the fabrics of her songs.

After moving to Vancouver Shiloh met and started working with veteran producer John Ellis to record For My Smoke in 2005 – a collection of songs laced with dry, honest humour and echoing the experience of many fledgling artists in the big, strange city. Over the next few years, Shiloh’s creatively fruitful friendship with drummer and producer Kirk Douglas culminated in the 2010 release of Western Violence & Brief Sensuality: a sweeping, emotional record hinting at Emmylou Harris and American murder ballads.

A love proving false against the rich backdrop of Halifax, Nova Scotia yielded a self-produced acoustic EP Bloomfield & Isleville in 2016. The aching majesty of “For the Western” heralded Shiloh’s return to Vancouver, and she debuted this latest EP over the course of a classic Canadian VIA Rail tour. Seated one evening with a retired engineer in the train’s limited dining car she heard the ghosts of buffalo. Iles de Madeleine and other stops along the line also bore the scars of the progress of man John Prine sang about in “Paradise.” A brief stint in Fort McMurray the following year provided an abrasive confrontation with man, money and the destruction of the land. These images have slurried into a new crop of works including “Black Highway.” To be released on Frontman Records in 2021.