Influenced by Shadowy Men on a Shadowy Planet, the Cramps, Reverend Horton Heat and the new burlesque revolution, the group Big John Bates & the Voodoo Dollz was formed by guitarist John Bates in 2000 and continued until 2010. Initially driven by Bates’ desire to create a touring club show he became the first artist to bring burlesque performers on tour throughout Europe and North America (2002) Each of their four albums (and 2 live DVDs) had a different drummer while bassist sCare-oline remained consistent on upright bass until mid-2009 when she left to be replaced by Brandy Bones. sCare-oline also incorporated traditional and eventually gothic bellydance early in the group’s career. The songs “Whiplash” and “Salome’s Last Dance” were played with guitar and percussion while sCare-oline bellydanced.

The final DVD, Clockwork Blues, featured Brandy Bones and JT Massacre and included both upcoming BJB songs and one un-released track. Documentaries in North America on the A&E Network and Discovery Network have interviewed John about the influences of both film-makers such as Russ Meyer and authors Dashiell Hammett and Mickey Spillane on the lyrical content and neo-burlesque styles. Bates’ version of “Tainted Love” from their Mystiki album (2003) was also selected for the soundtrack of the French film “”Un singe sur le clos”. The Big John Bates name and image was also featured on Battlestar Galactica (Season 3, Episode 14 – The Pleasure Planet). As well they were asked to play the 2002 Olympics in Salt Lake City and were shortlisted to play at President Obama’s first Democratic nomination.

The group played over 1000 shows to over 100,000 people during their live tours in 17 countries including: headlining to 10,000 at Germany’s Stemwede festival; being banned by Mandalay Bay due to an overly risqué performance; playing a Federal prison in Belgium; sharing the bill with the Fuzztones at the first Stag-o-lee Festival; direct support to the Blasters at Raalte Festival in Holland and with Black Rebel Motorcycle Club at the Ink & Iron Festival in Long Beach, CA; playing a mountaintop in Italy with Andre Williams. There were cover articles in Bizarre Magazine (2005), Tattoo Life Magazine (2010), Maclain’s Magazine (2002) and features on Europe’s VH1 and on national television in France, Germany, Italy and Spain. 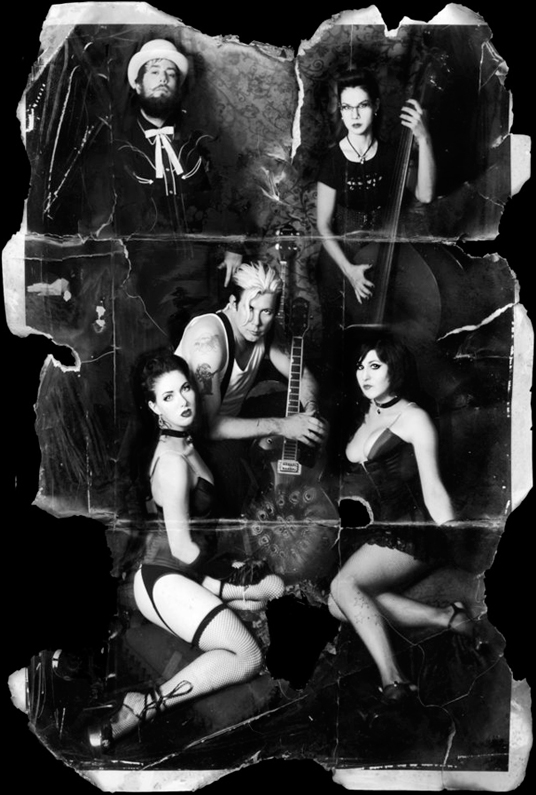