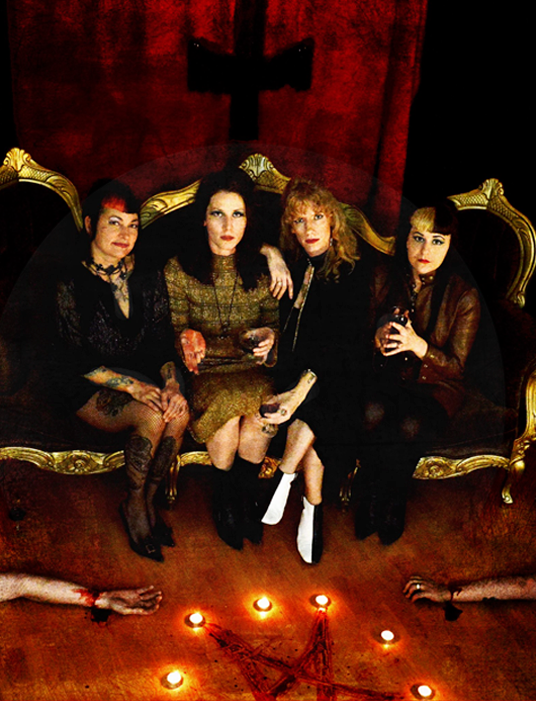 Momy Fortuna is the shadowed face under the lace mantilla. Named after the witch from ‘The Last Unicorn” Momy Fortuna is Influenced by the soft spot for the romantically melancholy and the invocation of the beast within us. The musical entity Momy Fortuna is a creation of Brandy Bones who cut her teeth touring internationally with Big John Bates since 2009. The most fitting descriptions for Momy Fortuna’s sonic atmosphere are dark wave, ritual dark ambient, Gregorian chanting, neoclassical, even delving into black metal.

Bones is drawn to orchestral strings with the upright bass being the ‘valide sultan’ of her rosin-coated harem. Bones is the main composer and leads the group with her absinthe-stained warble and wails, electric bass and other beaten and plucked instruments. Adding to the haunting vocals and keyboards is Kat Bastow, the lucid flow of terrifying violin by Emily Bach and a homage for Satan in the drumbeats of Bina Mendozza.